Did you know that the second most common cause of appliance house fires is clogged dryer vents?

A clogged dryer vent can trap most of the exhausted hot air causing the temperature to rise significantly and quite rapidly. Dryer owners need to know the expected normal temperatures of a dryer.

How hot does a dryer vent get?

A dryer works by circulating hot air. The hot air is passed through the rolling drum containing the washed clothes. It consists of gliders or bumps which help in tumbling the clothes and allow the hot air to move between them.

The hot air is then let out through the exhaust behind the dryer. The vent carries away the hot air out of the house. The dryer vent, therefore, becomes warm.

The supposed temperature of a dryer vent is from 120-160°F after it is used. It is to be noted that if the vent has issues, the temperature may be higher.

In the case of overheating, the thermostat will go off. This will cut off the voltage to the heating element and prevent it from producing more heat.

How hot does a gas dryer vent get?

The temperature of a gas dryer vent can range from 125°F to 135°F. This is because the hot air has similar temperatures. As a result, the dryer vent warms up to that temperature.

Similar to other types of dryers, if the vent is clogged, the air cannot pass out normally. As a result, the vent and the dryer itself can reach warmer temperatures.

Having a temperature above the 135-145°F range can be considered unusual. In such cases, it is advised to check the vent for any issues or clogs. In most cases, it is the result of clogging up of lint.

How hot is the air coming out of a dryer vent?

The air coming out of a dryer vent can have an expected temperature from 125-135°F. This hot air causes the temperature of the vent to rise and reach similar warmth. So, the vent reaches a similar temperature as well.

After some time, the air is then passed out through the vent with a temperature of about 125-135°F. Hence, that is the temperature of the exhausted air. 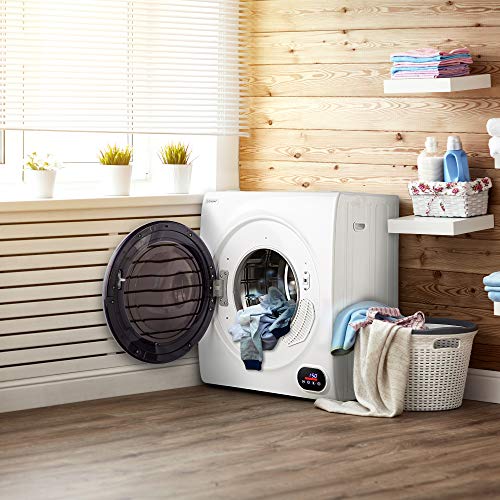 Should the dryer vent be hot to touch?

Yes, the dryer vent can be hot to touch. The dryer vent, during operation, can have a temperature of about 130°F. This can cause burning of the skin if held for too long.

It is advisable not to touch a dryer vent. However, if required, be careful while doing so and make sure the machine is offline.

5 reasons why a dryer vent gets too hot:

As important it is to know the expected temperatures of a dryer vent, it is also important to understand the reasons behind unusual vent temperatures. Below listed are some common reasons why the dryer vent gets too hot.

The dryer vent is clogged:

A dryer vent clogged with lint is one of the most common reasons behind the unusual temperatures of a vent.

As the gathering restricts proper airflow of the exhaust hot air, the hot air is trapped within. This causes the vent to warm up and reach unexpected temperatures.

The vent is not the only place a lint can gather, it can also form a clog on the lint screen and the blower wheel.

The lint screen is the filter through which the hot air passes while going from the drum to the exhaust. So, most lint is trapped on the lint screen. 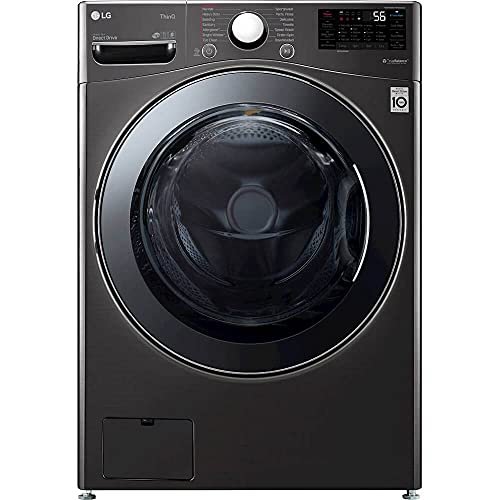 A dryer pulls cool air from behind it and passes it over the heating element. This helps pass the heat onto the clothes and dry them.

If the dryer is placed too close to the wall, the heat is not spread due to lack of air, and the internal temperature rises.

Malfunction of the dryer thermostat:

A thermostat controls the voltage to the heating element based on the temperature.

Dirtying of the thermostat causes it to send wrong signals to the electronic control board and causes the heating element to produce excess heat, resulting in increased internal temperatures.

The heating element has shifted:

Should I let the dryer cool down?

No, you should not let the dryer cool down. Between loads, it is suggested not to let it cool down. This will make it use energy again to reheat.

The dryer uses energy to produce heat from the heating element. After usage, since the dryer is already hot, it is better to put the remaining clothes in.

How to fix a dryer vent getting too hot?

If the dryer vent is reaching too high temperatures, then it may be necessary to carry out certain steps to fix it. Following are some easy steps that can be done to fix a dryer vent getting too hot.

Using a strong wind blower, the vent can be cleared of any lint blocking the way. Similarly, blowing compressed air through the lint screen and blower wheel will remove the clogging and clear the airway.

Keeping a few inches clear behind a dryer:

Having a few inches of clearance behind a dryer will allow it to pull air into it and pass the heat as required. This will ensure proper air circulation and prevent the buildup of unrequired hot air.

If the heating element is producing too much heat, then it may indicate a problem with the thermostat.

Check if the thermostat is dirty or clogged and if so, cleaning it might help. This will cause the thermostat to send correct signals and stop the heating element when required. 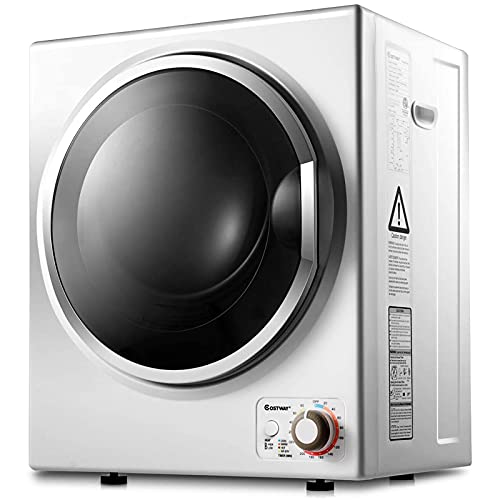 How hot does a dryer vent hose get?

Since the air leaving a vent has a temperature of about 130°F, the dryer vent hose has a slightly higher temperature than that due to the folding of the pipes and corners.

Although the material of the dryer vent hose plays a role in its temperature, the average temperature is usually about the specified range above. Having a soft aluminum pipe is easy to work with but traps a bit of the hot air.

The more preferred semi-rigid aluminum pipe, however, is a bit harder to work with but is more energy efficient.

How do you keep cold air from coming through the dryer vent?

Cold air can be kept from coming through the dryer vent using dryer vent draft blockers.

A dryer vent draft blocker is installed inside the house between the vent and the connection to the exhaust system. It has a flap that only allows air to flow in a single direction.

Most houses come with dryer vent draft blockers installed on the exhaust pipes outside the house. But often, due to the accumulation of lint, the flap cannot move and hence it becomes unable to do its job.

If a dryer vent draft blocker is not installed, one can be bought easily as they are quite cheap and commonly found.

Then it needs to be installed and it will be ready to serve its purpose. However, if it is already installed but not functional, then a bit of cleaning can help it regain its functionality and work just like before.

In conclusion, dryer vents can have a temperature between 120-160°F. But, issues with the dryer or vent can lead to higher temperatures. However, dryers come with a thermistor and fortunately, do not reach too high temperatures. Cleaning a dryer vent can help a lot and regular checkup is mandatory.