If you’re thinking about purchasing a fridge, you might come across mini fridges that are known for efficiency, affordability, portability, and extra storage.

Before purchasing, it is important to know exactly how much electricity it uses and if your house can support it. Now, let’s know all about it!

Do mini fridges use a lot of electricity?

A mini fridge does not use a lot of electricity. Instead, it saves some. On average, they use 55 to 85 watts per hour. However, their electricity consumption mostly depends on their sizes as some larger mini fridges may use 100 watts.Their total consumption is still less than other appliances.

A mini fridge tends to save some electricity as it saves energy because of its size. Its volume is about 1.7 cubic feet up to 4.5 cubic feet, which is about eight times smaller than a regular fridge.

As it loses less cold air when it is opened, it saves some energy for generating cold air.

However, some powerful mini fridges may consume a lot of electricity because of their insulation levels and sizes. They require more power and energy than regular ones, so they might end up consuming more electricity.

How much electricity does a mini fridge use a month?

Other powerful mini fridges that use 100 watts per hour, use 800 watts of power per day. As a result, it eventually adds up to 24000 watts in a single month.

How much will a mini fridge raise my electric bill?

On the other hand, if you aim to purchase efficient mini fridges, know that they will increase the bills by only $20 to $30 per year. It means per month these fridges will cost you $0.055 to $0.082 more.

However, these are just approximate figures for the increase in electrical bills. The costs will also depend on the usage or the number of times the mini fridge is opened, as it increases the need to generate more energy and costs. 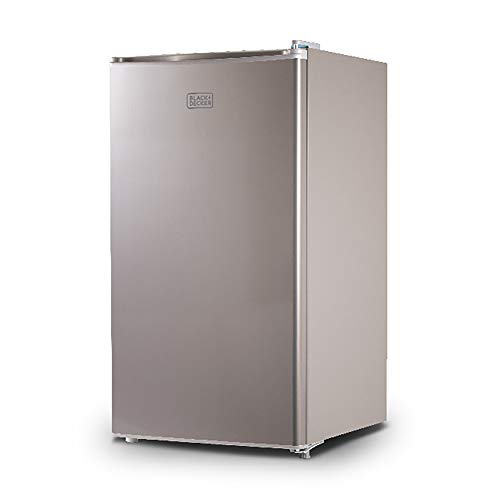 Mini fridges are known to be energy efficient as they generate cold air to fill a volume of only 1.7 to 4.5 cubic feet.

However, some mini fridges are not energy efficient due to their mechanism. They do not have an external condenser and fan, so they only use their outer surface to blow away the heat to keep the fridge cool; although, it doesn’t contribute much to that.

Since they cannot prevent much heat, they use energy to keep it cool. Especially when it is surrounded or covered with other furniture, it uses so much energy that some mini fridges consume more energy than a large fridge. As a result, it makes the fridge energy inefficient.

Can mini fridges be left on all the time?

Yes, mini fridges can be left on all the time as they can function for all 24 hours. It needs to generate cold air to keep the food inside cool for the whole day.

In fact, it is designed to be left turned on all the time. A mini fridge does not work for 24 hours, it automatically turns on and off all the time to work a total of 8 hours.

It does this to maintain a certain temperature in it, so it may turn off automatically when the set temperature is met.

Thus, leaving it turned on all the time will let its mechanism do its work properly.

Can I turn my mini fridge off at night?

No. Turning off a mini fridge at night won’t let its mechanism operate freely on its own. It should be constantly running to meet a set temperature of 40°F (4.4°C) or below.

It automatically shuts off the power received by the compressor, eliminating the need of turning it off at night.

Is it bad to leave a mini fridge unplugged?

It’s a bad practice to leave a mini fridge unplugged when it has food inside, as it turns it off and shuts the power that’s required by the compressor to generate cold air for the food.

Leaving it unplugged will also lead to the ice inside melting, causing water to overflow. 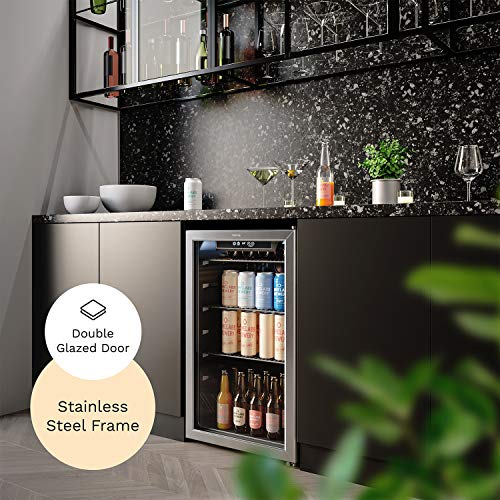 How many watts & amp hours does a mini fridge use?

The number of watts and amp hours used by a mini fridge will depend upon its size, brand, and the number of times it is being opened.

On the other hand, most of them use about two amps per hour, adding up to about 62 amp hours per day.

Does a mini fridge need its own circuit?

A mini fridge doesn’t need its own circuit unless the manufacturer’s instructions mention that it requires one. However, it is allowed and said to be good if it is given a dedicated circuit.

Here are 2 reasons why mini fridges do not need their own circuit:

They tend to use small amounts of electricity.

It can share the electricity as it doesn’t need to draw much power and wattage from a shared circuit.

Most of them operate well using only 55 to 80 watts, which is 10 times less than average size refrigerators. As a result, they do not need their own circuit. 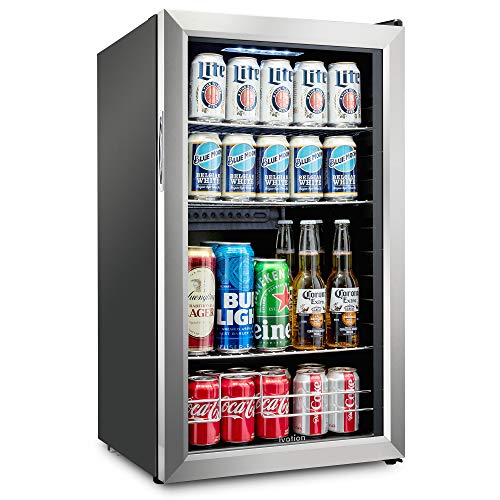 Can a mini fridge be plugged into a regular outlet?

A mini fridge can be plugged into a regular outlet with three holes as they do not require dedicated circuits. They operate using 55 to 100 watts and the circuits in the regular outlets provide power that is enough to satisfy its requirements.

In fact, they can also share the regular outlet with other appliances such as fans, lamps, and other small electricity users if it has more than three holes on it.

They also have the normal size or regular electrical cords which allows them to be plugged into a regular outlet.

The answer to this question will depend on the power consumption of the appliances that will share an outlet with the mini fridge.

If it is given that the mini fridge is sharing an outlet with fans, lamps, lights, and other small electricity users, then it can continue sharing the outlet without any risk.

However, they cannot share the outlet with other appliances such as washing machines, air conditioners, heaters, microwaves, and large refrigerators. It is because they are power-hungry and they need their own outlet.

Can I plug a mini fridge and microwave into the same outlet?

A mini-fridge will most likely malfunction or lose power if it’s plugged into the same outlet as a microwave. When the microwave will be frequently turned on and off, it will cause voltage dips, that is a short duration reduction in rms voltage, or cause electricity flow rushing in the outlet.

Why does my mini fridge trip the circuit breaker?

In simple words, it trips the circuit breaker when the wiring has been overheated due to loose connections.

Another reason can be an overloaded circuit. A circuit is overloaded when many appliances are plugged into one circuit, or when the mini fridge is sharing its outlet and circuit with other large appliances such as a microwave.

There’s a high demand for electricity that the circuit cannot provide. 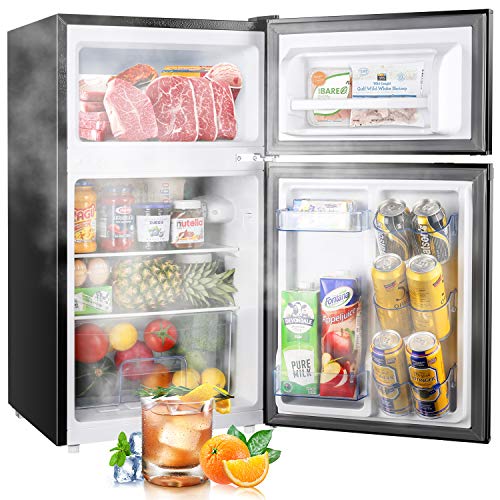 What size breaker does a mini fridge need?

The appropriate breaker size is required to interrupt the current flow for a mini fridge to prevent short circuits and damage from the excessive flow of current.

A mini fridge should be on 8 to 10 amp breakers as most of them use about 2 amps. Some mini fridges might be smaller than usual but they’ll still need a strong circuit breaker as they might trip the circuit breaker due to overload or loose connections.

Mini fridge proves to be quite efficient in terms of electricity. As its power consumption can be easily estimated, it is necessary to choose a mini fridge model that your house will support.

However, these are only estimations, the costs and consumption might increase according to the usage.

Why Does My Mini Fridge Smell? How to Get Rid of the Smell?

Can I Unplug a Mini Fridge?

Do Mini Fridges Give Off Heat?

Can Mini Fridge be Transported on Its Side?

Why Is My Mini Fridge Freezing Everything?